Presidents and Their Portraits 2017 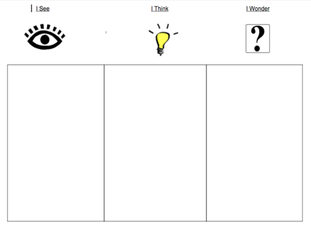 As first graders studied President Washington, Jefferson and Lincoln in their classrooms, in LMC, we examined photographs of President Washington and Jefferson's official portrait's obtained from the Library of Congress. As a class we used the "I See, I think, I Wonder" method in which student's first observed, with their keen eyes, what was included in the portrait, then brainstormed why they think the President included those items are in their portrait and finally added their questions about what they observed. Next they reflected on two of their observations using the Explain Everything app on the iPad. Finally each student created their own "portrait" using the Pic Kids app, choosing 2 or 3 items that are important to them and added them to their portrait.

Enjoy their Presidential and Personal Reflections!
​(click on the playlist icon in the top left corner to play a specific video)